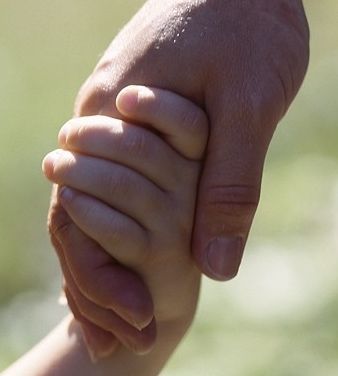 We were on the subway, on our way back to the hotel on our last night of vacation. The train was crowded when a family of four joined us for the ride. Mom and daughter found a seat, but dad and his young son went to stand in the seam between cars. Every time the train went around a bend, the floor would bend and twist, tossing the young boy around, with a huge smile on his face. Instinctively, he reached out and grabbed onto his father, who steadied him. Then the ride smoothed and he would let go again to ride the rubber gasket between, only to lurch around the next corner.

It made me think about how I reach for the Father’s hand when the ride is rough, even when it’s where I want to be standing in the first place. I’ll have to admit there have been a few times in almost forty years in radio I have thought about being done, finding a smoother train to ride.

I returned from vacation to find financial reports that show us about $25,000 short of our fundraising goal this fiscal year, interestingly the amount we were short when the power went off during the last morning of our Spring Sharathon. There are less than thirty days left in our fiscal year to meet that goal. The train isn’t going to come off the tracks, but it did lurch. If you can help us meet that goal, you can make a secure online gift by clicking here.

Thanks for getting on the train and standing with us where all the excitement is. Now all we need to do is keep hanging on to the Father’s hand.