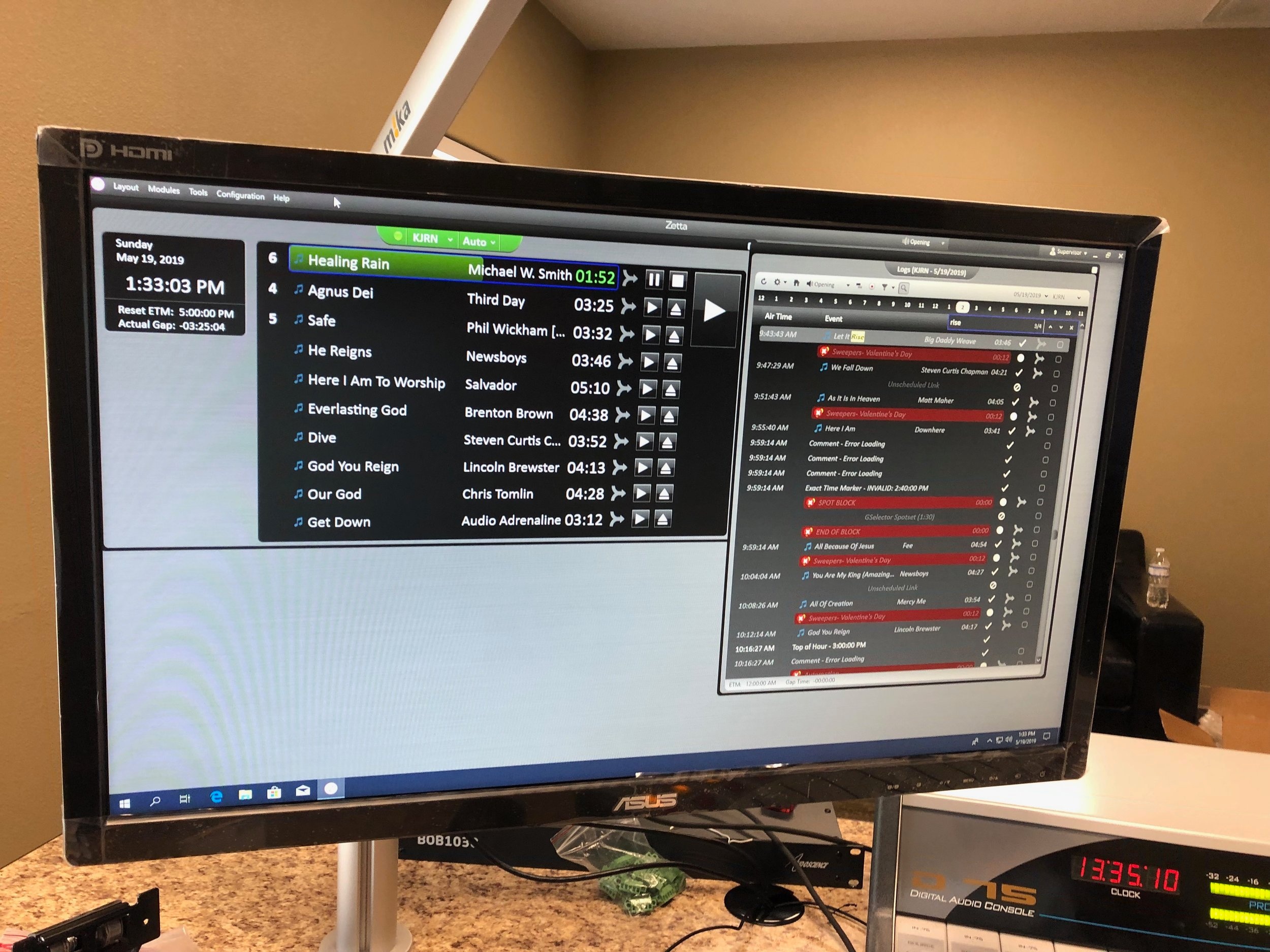 We have a two-week window with engineers to build, move and reconfigure three studios.  As I write this, we are beginning the second week. Last week was a week of eighteen-hour days, with a 22-hour day thrown in for good measure, neck deep in cables, wires, equipment and studio furniture.  With a few more tweaks over the weekend, two of the three studios were ready to go Monday morning, ready for implementation of our new on-air system.  That started with the arrival of a factory engineer, as well as training for the staff on how the new system works and how we feed music, programming and voices.

The next few days should be interesting, to say the least. Your prayers, support and patience at my lack of opportunity to return phones calls and answer emails is appreciated, as I’m playing engineer gofer instead of general manager. The end is almost in sight. Tentative open house at this point is sometime the second weekend in June to show off the new digs.