Home / Events / Night of Praise at The Texas Amphitheater

Night of Praise at The Texas Amphitheater 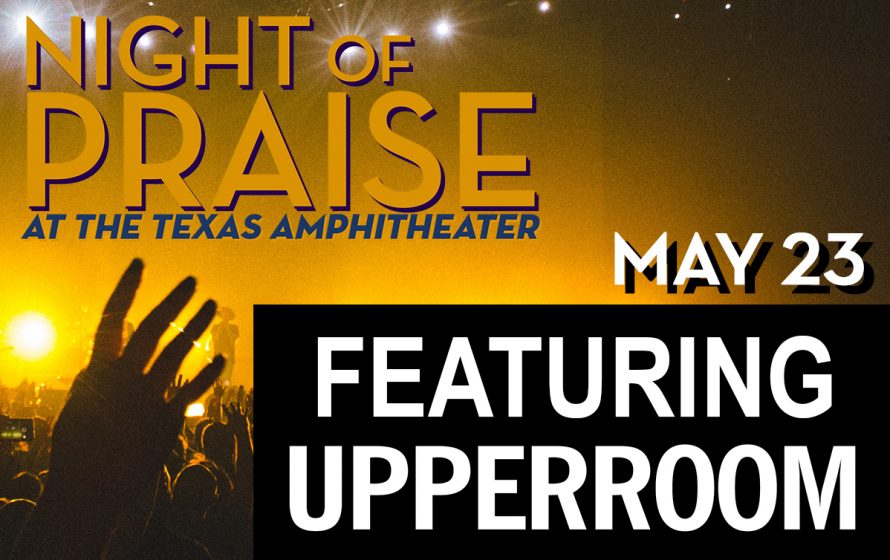 Called to gather the Lord’s people daily for corporate worship, praise, thanksgiving, adoration and intercession through song and scripture, UPPERROOM opened its doors without much fanfare. Today, people around the globe are singing their songs and around 100 vocalists, songwriters and musicians contribute their talents to leading people in worship three times a day, six days a week.
“We have a unique worship culture. We’ve been experiencing it for a long time,” Miller shares, “but we hadn’t put anything out there, so we decided to prayerfully start releasing these moments, which were just nights of worship from our services. We put those online, and they really went viral.”

One of those viral videos propelled a song Smith wrote to new heights, and all around the world, in an unexpected fashion. During a set with her brother and one of the Prayer Room directors, she spontaneously began singing what would become the chorus to “Surrounded (Fight My Battles)”: “This is how I fight my battles. It may look like I’m surrounded, but I’m surrounded by You.”